There are no straight lines in your career path 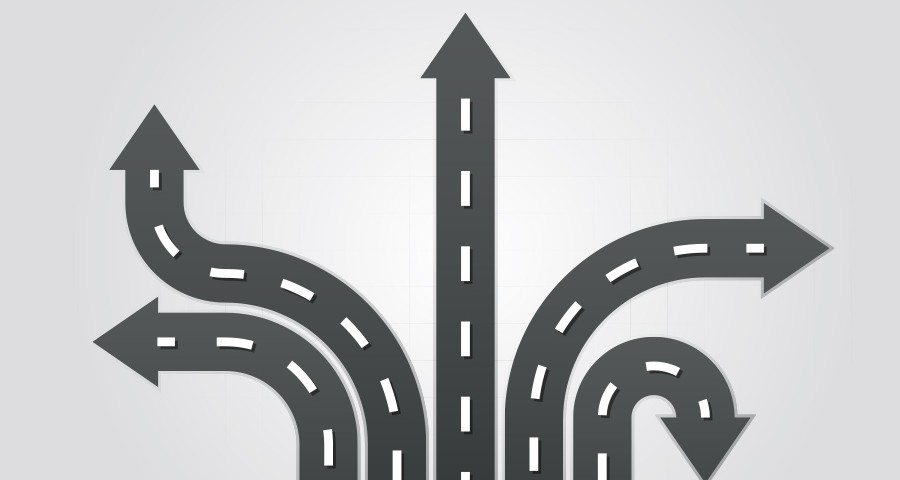 Article by Owen Brierley – Building a career is slow, opportunistic and full of more twists and turns than a Dan Brown novel. One of the most frustrating challenges I face as an educator of new talent is the strange idea that the path from education to dream job is straight line. Talking to my colleague, Erin Hazen, I mentioned this and she said, “you know, I didn’t really think about my career or what kind of job I was going to have after graduating college. When I was in college, that was all I thought about.” Both Erin and I started in the creative arts (me in theatre, she in music) and both our careers have been rich and varied. Sometimes I took a job because I needed something to keep my rent paid and Kraft dinner on the shelf. Sometimes, the job was a dead-end. Sometimes, the job exposed me to other opportunities in the company and I was able to move ahead in my career. In every case, my experience has been a valuable one.

It is rare that the direction you start out on in your career stays the same. You will likely take a different path because you discover that your dream job isn’t all you fantasized it would be. In fact, that is exactly what Jesse James Allen talks about in his article. We often watch those DVD or iTunes Extras that show the “making of” featurettes. We see the awesome stuff that these inspired people are making, listen to the passionate voices of the director or designer, and we think, “wow! THAT is the life I want!” What is missing is the other 99% of the job that isn’t in the featurette. What you see in those “making of” videos is the end result of a gargantuan amount of tedious, dedicated, patient work.

I had coffee with a lawyer who is 73 years old and still practicing. I mentioned that I want my students to discover the passion of doing the thing, not just the passion for the finished work. I said, “most of the work is tedious and boring.” He said, “I disagree, I have been a lawyer a long time and I still like 75% of what I do everyday.” I countered, “yes, but you love your work, for someone else, that work might be incredibly boring and tedious.” He conceded, “yeah, that’s true…” I have learned that every job is boring and tedious. You learn to enjoy it or you don’t. If you despise editing hundreds of the vertices on a mesh, or fine-tuning 40 different clips of video for the perfectly timed cut, or coding thousands of lines of code, then you are likely pursuing the wrong career.

A friend of mine is a forensic accountant. We were having coffee and he told me about a particular case that required his combing through 10 years of transactions in a mid-sized company. He talked with unashamed glee about how he combed through hundreds of files and that he discovered the entire accounting department of that company was involved in embezzling funds from the company. They hid the whole scam very well, and it wasn’t until after hours upon hours of reviewing these documents that he was able to discover the culprits. He told the story like a kid retelling his favourite adventure film. I was able to appreciate his passion for his work, but would I ever want to be a forensic accountant? Never.

Another friend of mine wanted to be an animator at Pixar. He finished animation school and applied everywhere. He got no response. ZERO. Must have been a crappy school, right? Then, just as he was about to commit to going to another round of schooling somewhere else, he got a call. It was to do animation on a game. Not Pixar, but he needed the job. He took it. From there he met an Art Director for the film version of “Horton Hears a Who.” Still not Pixar, but it is an animated feature film. He took the gig. While he was working on Horton, he makes a connection to the team working on “Up!” Pixar! Boom! Yeah baby! He has been a lead animator on several Pixar films. His path was not direct, but his persistence and dedication was.

Often, the problem isn’t your training, your resume, or your attire. Often, the reality is that you must be prepared to follow a path that is full of twists and turns and might even feel like you are veering away from your target. Why keep crashing into the brick wall expecting different results? Why not try a path that goes around the brick wall.

One thing I can say for certain, I have had the privilege of a few dream jobs in my life. In every case, I enjoyed it, but ultimately moved on. In every case, I reminded myself that my career was a journey made up of many points (jobs) and lines connecting them (transitions from job to job). Much like a connect-the-dots drawing, it is hard to see what the big picture will be when you are first starting, but with patience, effort, and persistence, you will discover it. For now, just find the next dot and enjoy the transition.