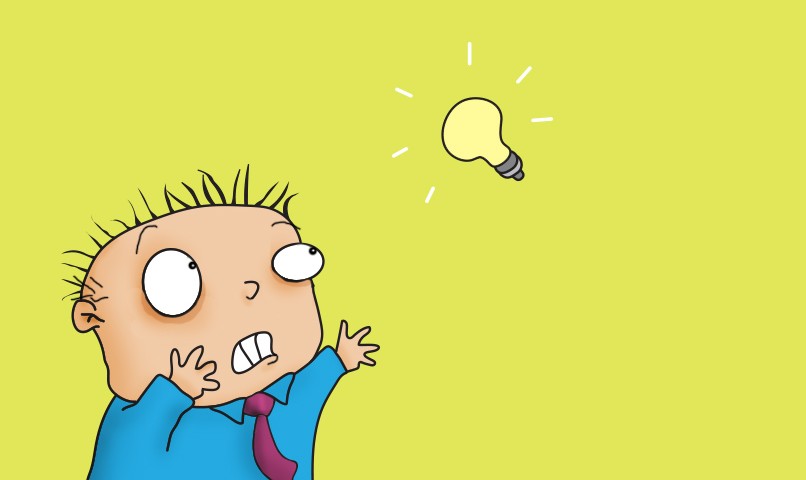 They call inspiration lightning in a bottle for a reason. You never know when it’s going to hit. It might be in the shower, in the middle of the night, on that run after work, who knows. Ideas are unpredictable by nature that’s why is so hard to generate them on demand.

Having worked in the creative industry for almost 20 years now I can say without a doubt, it doesn’t get much easier. The creative agency is at odds with itself as its job is to produce ideas under a deadline. How do we overcome this? Over time we’ve developed ways to increase the odds by implementing a process around brainstorming. Basically it’s the science of ideation.

Here are 10 of my favorites in no particular order:

In marketing we never start coming up with ideas until the problem has been defined. It’s too easy to miss the mark. We write what’s called a brief.

A brief generally consists of:

It can be a little more complicated than that but essentially you are trying to frame the challenge so everyone is on the same page.

Here is a typical scenario:

The owners of the company decide it’s been too long since everyone has gotten together and discussed where the firm is headed.. They book off a half or full day at a conference room and the entire company ends up sitting around a big table. Throughout the day, ideas are thrown around mostly by senior management and the partners where everyone else either agrees or stays relatively silent. The day wraps up, the partners high five and they grab their over-sized post-its and go home to write this up into their new business plan.

Even though they may have had a lot of smart people around the room, we all have different comfort levels when it comes to speaking out in front of your peers. Maybe you are new to the company and don’t know anyone yet. Maybe you aren’t typically asked for your opinion in strategy. Either way, big groups generally don’t work. I like to keep it to a table size. We’re all used to talking around a table and that is anywhere from 3 to 5 people. This keeps it simple and takes public speaking issues out of the equation.

You know when you have lots of chatter and suddenly the conversation dies out? That’s the time to call it. There is no sense dragging out a brainstorm just because you booked a room for 3 hours. All that does is start to make what should be a fun process become drudgery. 45 minutes is usually the sweet spot. Even less is fine.

The more ideas you have the better. There are even some agencies that say that you can’t tell if you have a good idea or not until you produce at least 100 or more because there is nothing to judge them against. Meet as often as you can and litter the walls!

Laptops, notebooks, phones and tablets away please! The point of brainstorming is showing your work. Sometimes the smallest thing can lead to a great idea but if they never see the light of day you’ll never know. Nothing beats a good old fashioned white board, big sheet of paper or chalk.

Ok I know what I just said in point #5 but this is about capturing ideas after the brainstorm. There’s no point in doing this if you don’t record and categorize everything as soon as it’s done. White boards get wiped, chalk boards get erased.

I take pictures of the white boards with my phone and put them into Evernote – tagged with the people and project involved. It’s easy and keeps everything together. I can also tag sites, notes and emails to the same project and share it with the team who can contribute as well.

The traditional model of a creative agency is that the art director and copywriter go in a room together and eventually come out with the solution. If you are working in a company that is bigger than two people why wouldn’t you get help from everyone. We all have brains after all. Crowd-source your whole company or even you friends and family. If you believe a good idea can come from anywhere then you need to look everywhere.

At ZGM we use the Candor app. Candor does a few things for us:

Different skill sets means different ideas. Programmers and designers think very differently – so do accountants and receptionists. Don’t be afraid to add some variety to your groups otherwise you’ll always be headed down the same path.

One of the best things I learned a few years ago was the notion of just getting it out. Ever have some dumb idea in your head it’s all you can think of? Until you voice it or write it on the board it will literally be the cork stopping all the other ideas from getting out. No matter how stupid or silly it seems to you – get it out so you can get on to the next one.

Finally, brainstorming in a boardroom works but changing the scenery can do wonders. The story I always remember is how the unforgettable line “Good things come to those who wait” was made for Guinness not in a boardroom but by actually going to the bar and watching a bartender poor an agonizingly slow pint of Guinness. If you can put yourself in the place of your problem, the likelihood of finding a solution increases.

So that’s about it (at least that’s all I could think up). At the end of the day, just remember that everyone is different. Not everyone thinks like you and the more options you give people to participate and the more comfortable you make them feel, the better the product.

Now go out there and storm it up!