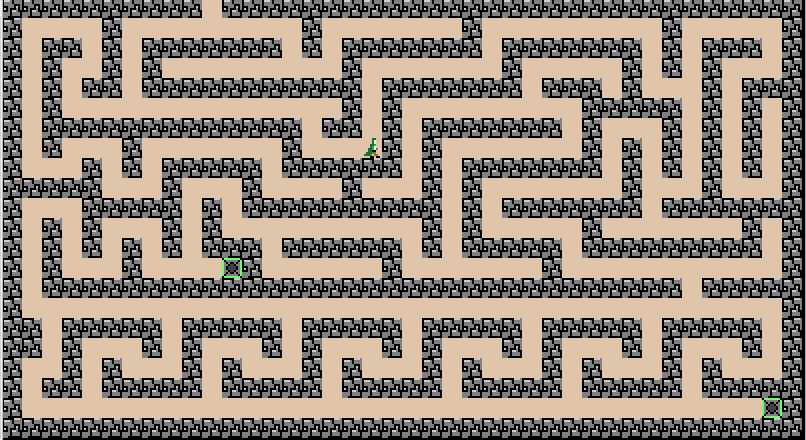 A father-daughter team in Calgary spent their COVID downtime doing what many people would have thought impossible: building a video game in Microsoft Excel.

Colin Hamilton and his daughter Sarah were both looking for a way to improve their coding skills, while also flexing their creativity and storytelling abilities, when they decided to create a video game. For any new project, it’s always good to start with what you know. For Colin, that just happened to be Excel. 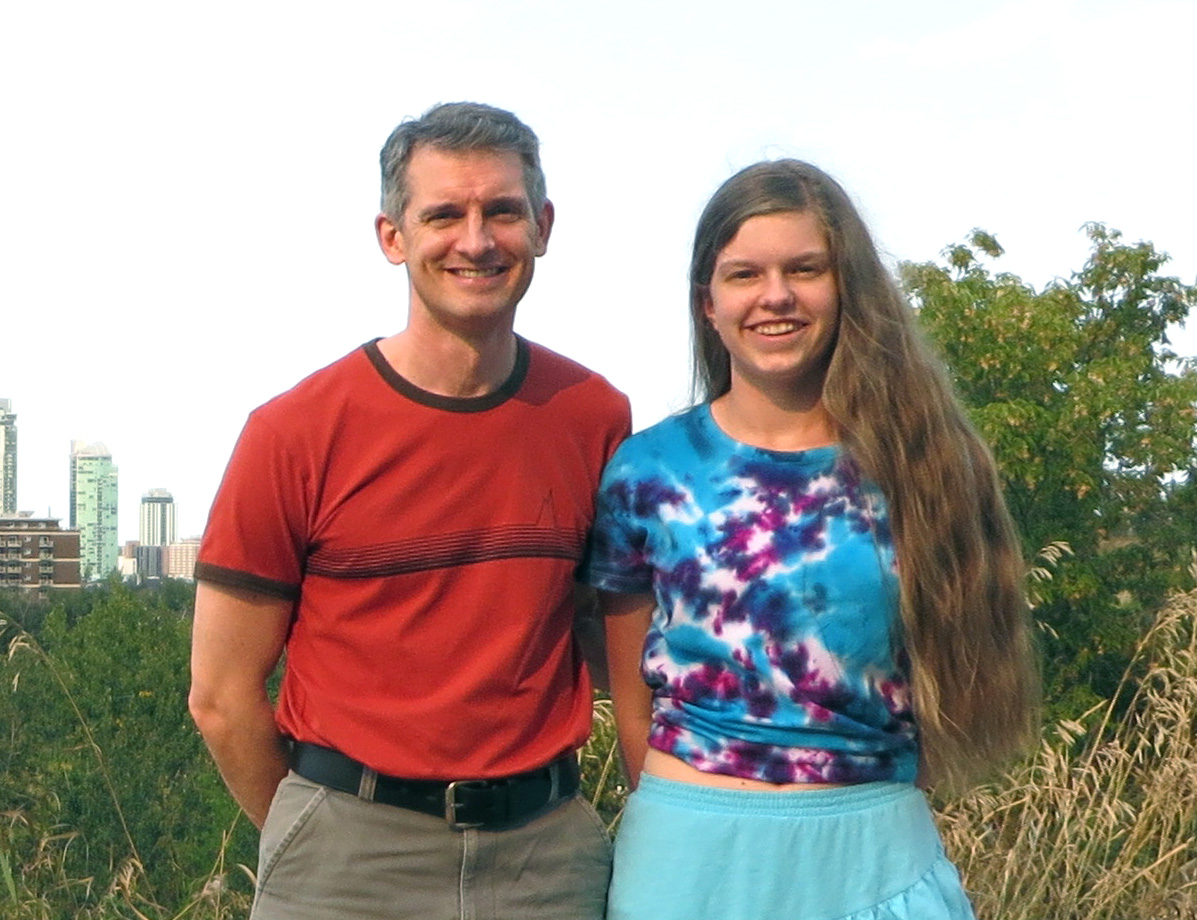 “I’m an engineer, and have been using Excel for 20 years,” says Colin. “This has included the macros and coding in the back end. So I knew the functionality was there, but hadn’t done much with it.”

Two years ago, Colin’s wife came to him and Sarah with a math problem. She was doing a word jumble puzzle, and was having difficulty unscrambling one of the five-letter words. Colin and Sarah set up an Excel spreadsheet to list out every variation of the five letters, and then programmed Excel to run a spell check of all the combinations, to find the scrambled word.

“It took some fiddling, but it ended up working great,” says Colin. “Once I realized you could code in Excel, I wanted to see what more we could do. Could we actually make a video game?”

Together, the father-daughter duo created a first-player adventure game called ‘Bridge of Death’. While they admit the game was rudimentary, it was a good introduction to the craft of game-building. And there was one particular level in the game that captured both Colin and Sarah’s imagination: the maze.

“I love Greek mythology, particularly the story of the labyrinth, and was really excited by what we could do with the maze,” says Sarah. “Like, could we move the walls around?”

Moving through the maze

Started in March 2020, and published online in November, Ranger Quest: The Elemental Orbs features 10 levels of play, each harder than the last. The player must navigate through a labyrinth whose walls and pathways can change, depending on the gateways or “shrines” that have been activated by the player. 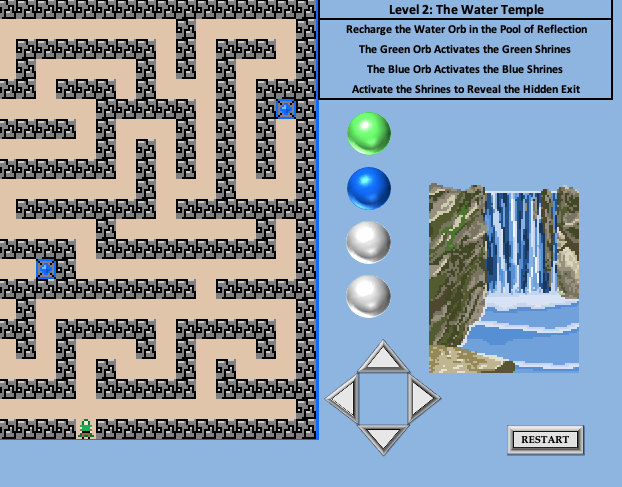 When I tried out the game, the nostalgic look and feel of the graphics really brought me back to my youth playing Commodore 64 2D games. It took a while for me to grow comfortable with using my mouse to navigate the directional buttons. But as I played, I became more and more involved in the challenge of the game.

The secret to finding the exit in each level is knowing which gateways to open and close, and in which order, to unveil the pathway out. It looks deceptively simple, but is actually quite challenging.

More than anything, like so many other players, I was simply amazed that this could even be done in Excel!

Opening a realm of possibilities 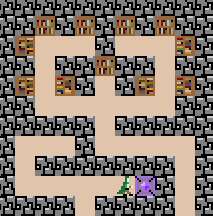 As well as creating the game, Colin has also worked with Sarah to build a website, a YouTube channel (Minotaur Maze Engine), and a Shopify store for the game — giving the grade nine student the chance to build her entrepreneurial and marketing skills.

While many who have purchased and played the game have found it fun, and even challenging, the most gratifying reaction for the Hamilton’s has been people’s amazement that something like this can even be done in Excel.

“It does differentiate us,” says Colin. “Some of the people who have played our game are experienced gamers, and were excited by the possibility of doing something like this themselves.”

“People often think you need to be very experienced, or have very expensive software, to develop your own video game. Most of us have Excel on our computers, and the fact that you can just use that has been very inspiring to others.”

As well as building out the content of their YouTube channel, Colin and Sarah are also working on a shorter, free version of Ranger Quest, to give people a chance to try out the game before purchasing it.

If nothing else, this project has taught them both how to have fun while learning to code. And you can do more than you think with the resources you have on hand! 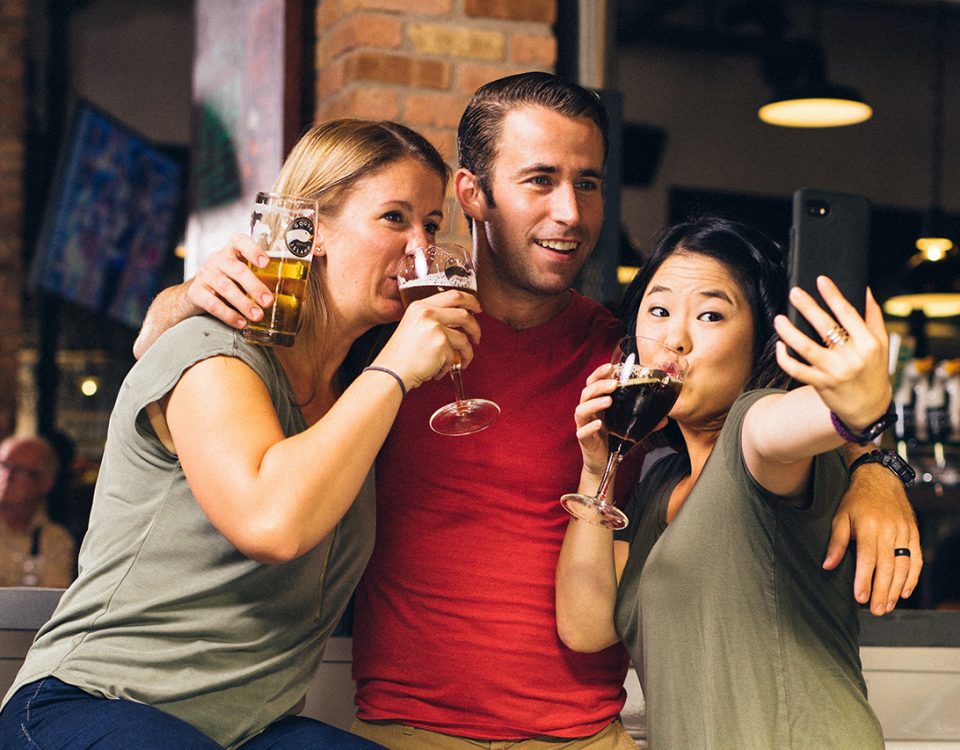