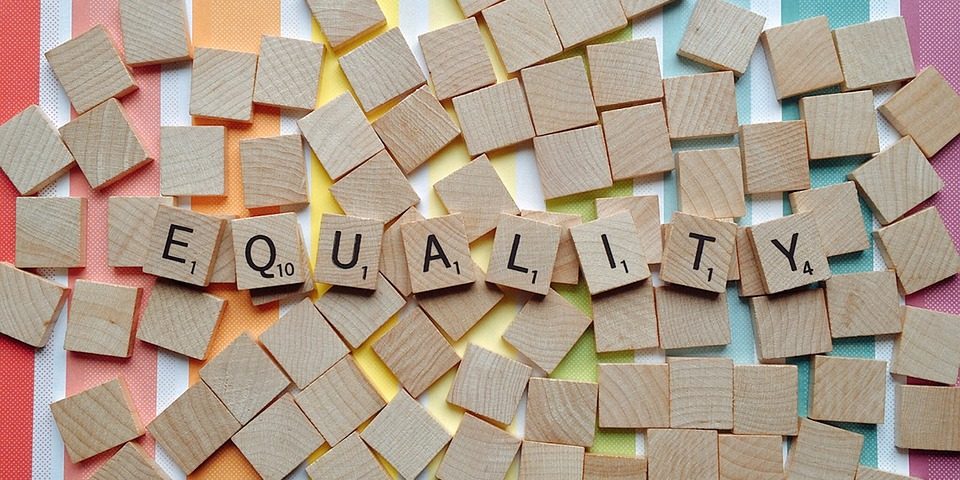 Rosalinda Hernandez is an entrepreneur in Alberta’s growing tech sector with an interesting perspective on building a diverse team. In this post, she talks about why the word “diversity” is not the best choice when it comes to thinking about including multiple perspectives. 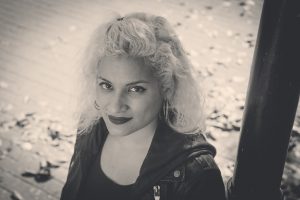 Rosalinda Hernandez founded Calgary-based Red Iron Labs along with her life partner of 15 years, Lloyd Summers. The independent game developer has been providing virtual reality entertainment since 2016. Hernandez has a lot to say about “power and spaces”.

When it comes to the word “power,” Hernandez is referring to how companies, organizations and governments are run, and who is running them.

Hernandez does not take being a leader lightly. She acknowledges her privilege means she must put work into understanding the lived experiences of her staff and customers, as well as building relationships with communities.

“I see ‘space’ as both the spaces we create, and the spaces we feel comfortable in. It is the environment we cultivate. To include the voices and lived experiences of people who are often excluded from the technology sector, I believe we must build meaningful relationships with different communities. Understanding their spaces [will help us] to better understand how we need to change ours.”

While she’s not trying to hate on the term “diversity”, she thinks the concept has been influenced by a notion of measurables and quantitative data.

“If I were to generalize what [diversity] implies in the status quo, it is binary gender parity. But really, [diversity’s] about perspective and lived experiences.”

The Calgary businesswoman, who immigrated with her family from El Salvador when she was five, says “without recognizing intersectionality, we have exclusion. That’s not what the spirit of ‘diversity’ should embody”.

When Hernandez sees reports about an increase in women or visible minorities working in the tech sector, she is frustrated by the lack of discussions of how these groups influence the organization as a whole.

“I often wonder, as an organization, are you really supporting diversity initiatives through a compositional group of people?”

She thinks, rather than the focus be on staff numbers, the better questions to ask are who is making the organizational decisions, and who is invited to be involved?

Hernandez credits Jeny Mathews-Thusoo (Program Lead with the Resilience team at The City of Calgary and advocate for creating inclusive and innovative cities) with influencing her insights on inclusion. “If you are talking about a group of 10, adding one person with a different perspective, that is a token. If you add a second person who has a different perspective to that group, it becomes a special interest group. If you add a third person, then it is becoming a meaningful conversation about change. It’s not a checkmark; it’s a step forward.”

Hernandez acknowledges there are different approaches to creating an inclusive company culture, and she has used her experiences to influence how Red Iron Labs is structured.

As well as being an entrepreneur, she is an active volunteer, serving as President of the Calgary branch of the United Nations Association in Canada from 2016-2019, as well as being involved with the Calgary Aboriginal Urban Affairs Committee (CAUAC) for the past six years. It is through her work with CAUAC that she became educated on the Truth and Reconciliation’s 94 Calls-to-Action, and what it means to be a business owner in Treaty 7 territory.

Red Iron Labs has been working alongside Elder Sheldon First Rider since 2016, who has helped change how the company operates. In the past two years, they have developed a Blackfoot language app that takes an Elder’s way of teaching the language, and mixes it with technology and augmented reality. The app’s web page went live on July 8 at blackfootlanguagerevival.com, ahead of the new school year.

“Working with Elder First Rider has been an honour for myself and our team, and we’re privileged to be learning a lot about this territory and the importance of revitalizing the Blackfoot language. At Red Iron Labs, we support Call to Action 92, and continue to work towards building meaningful relationships with Blackfoot Elders and communities, and do our part for reconciliation.”

When asked what other Canadians can do in light of the global protests that have brought attention to the many instances of unfair treatment of Black, Indigenous and People of Colour (BIPOC), Hernandez says it’s important to acknowledge the Truth and Reconciliation 94 calls to action.

Moving forward, Hernandez believes it’s important for everyone to be critical of how they are being supportive as an ally.

“Always question your beliefs. There is no end in this path, we are all growing together.”

She also says it’s important to keep learning from others, and when you make a mistake, put your ego aside and challenge your preconceived beliefs.

Kris Hodgson is an instructor in the Digital Communications and Media program at Lethbridge College where he has worked for the past 9 years. He has been a writer and photographer for various publications across western Canada for the last 16 years with a background in journalism and public relations for newspapers and economic development agencies. The completion of work on his master’s degree in Virtual Reality/360-degree journalism from the University of Alberta kick-started applied research opportunities at Lethbridge College. He helped to launch Alberta’s first and Canada’s second Virtual and Augmented Reality certificate program in the fall of 2019 and helps to organize Merging Realities, the world’s first global Virtual Reality conference that is now in its third year showcasing the latest developments from both industry and post-secondary students.