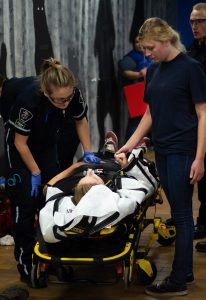 Scene from the 2017 simulated emergency at Lethbridge College

You’re at the scene of an emergency. Thirty minutes ago, there was a violent altercation at a college. Multiple injuries, including a stabbing. You’re surrounded by emergency responders and flashing ambulances.

Directly in front of you, a reporter is interviewing a police officer for details on what just happened.

You turn your head to the right, and you can see handcuffed suspects being loaded into a police van.

To the left, medics are working on a young person who has just overdosed on fentanyl.

There is a buzz of activity and noise all around you, and you feel as though you are at the centre of a storm.

Except, you’re not. You’re sitting at home, wearing a virtual reality (VR) headset, watching a live videocast from an event happening hundreds — or even thousands — of kilometres away.

Could this be the future of journalism?

Kris Hodgson-Bright is the chair of the School of Media and Design as well as an instructor in the Digital Communications and Media program at Lethbridge College, where he researches “360-degree journalism.”

In 2017, he used the College’s annual “mock disaster” (a simulated emergency event that allows students in the Criminal Justice, Emergency Medical Technician, Nursing, and Digital Communications and Media [DCM] programs to practice their newly-learned skills) to trial the use of VR journalism. The five-minute video created by faculty member George Gallant and students from the DCM department took viewers on a tour through the emergency. This included going into the ambulance as medics worked to treat the overdose patient.

When test groups were later brought in to the college, they were asked to read a traditional news article and watch a news video about the simulated emergency event, before viewing the VR version.

“A lot of them said they had a new appreciation for what emergency workers do and experience after seeing the VR video,” says Hodgson-Bright. “But others said it was too intense for them. A couple people felt nauseous.”

Based on what they learned at Lethbridge College, they presented a list of best practices in 360 journalism to broadcasters from across the country at the Radio, Television and Digital News Association conference in May 2018.

A VR camera captures the simulated emergency at Lethbridge College

As news agencies compete with social media and other online platforms for audiences of live events, many are looking to VR and its immersive capabilities as an opportunity to stand out. Some major news agencies — including the Globe and Mail, CBC, CNN, The Guardian, etc — have trialed VR technologies in their storytelling. But many are still grappling with what kinds of stories they should be telling.

Members of the Lethbridge test groups said they found it scary and invasive to be “at” the scene of a major news event. They recommended the technology be used to cover lighter stories, such as sports, music or arts. Indeed, the use of VR at sporting events has already proved popular. In 2016, CBC’s Summer Olympics coverage offered the opportunity to watch events via VR headsets. The NBA and NFL now also offer VR experiences for fans that put them right next to the live action.

“We become what we behold. We shape our tools and then our tools shape us.”
— Marshall McLuhan

But beyond watching a concert or sporting event, Hodgson-Bright believes VR could serve an even more important role in feature-length news storytelling: building empathy.

“If you put the camera at a child’s height, you can see what the world looks like from their perspective. It really conveys their sense of powerlessness.”

This is fully evident in “The Displaced”, the New York Times’ first VR documentary, published in November 2015. The 11-minute video follows three children displaced by war as they go about their new, everyday lives — playing in the rubble of buildings, living in ramshackle tents, and working to bring food to their families.

Watching this video — and looking around to see the full landscape these children inhabit — one experiences a sense of intimacy that is hard to achieve with a 2D video. It becomes easier to understand the struggles of another person when you’re standing next to them, looking with your own eyes (and not just through a third-party’s eyes).

“In this time of polarization, developing empathy and greater compassion becomes ever more important,” says Hodgson-Bright.

Attracting The Next Paying Audience

Hodgson-Bright also sees VR as an effective tool for capturing the attention of younger audiences, who are often more open to new media platforms. “This is a way to connect with younger people, while creating a really compelling story.”

Of course, the technology is not cheap. Prices have come down substantially, but it is still expensive to produce and edit video for VR. So far, news agencies have provided their VR content for free as they experiment with what audiences would be willing to pay for.

“Learning how to monetize this experience will be vitally important.”

As traditional journalism continues its economic decline, news agencies need to evolve to meet the demands of changing audiences. Offering a more immersive experience could be one way to attract a paying public, and thus help the industry survive (at least, until the next big digital disruption).

In our next post, we will look at another monetization avenue that some independent news media are exploring: crowdfunded journalism. 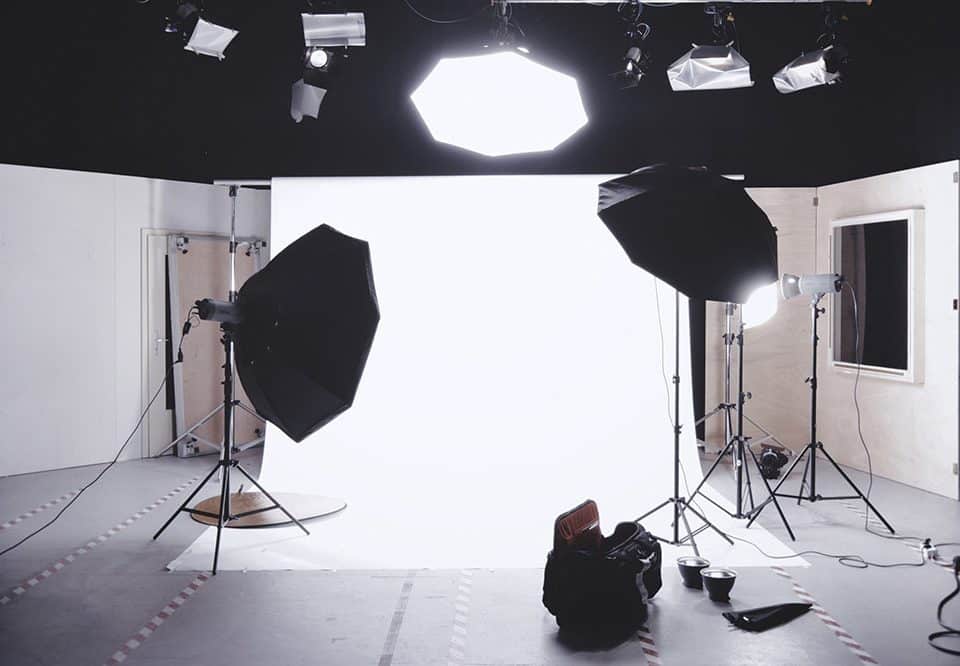