The Digital Alberta Ember Awards, take place this weekend at the Art Gallery of Alberta where we’ll honour the best in digital, Alberta has to offer.  We continue to be amazed by the caliber of entries received and our group of judges, from around the world, had the tough task of reviewing and selecting the top of the class for this year’s awards. We chatted with Chelsea Klukas, one of the judges for the 2017 Ember Awards to learn a bit more about her. Klukas is a former Albertan, currently living in Seattle and working as a UX design manager at Amazon.  She is also the co-founder of the startup MakeFashion, a company that combines technology and fashion with stunning digital displays. We are very excited to have her as a judge for this year’s Ember Awards!

Digital Alberta: What was your first job digital job?

Chelsea Klukas: My first digital job was an internship with Shaw Communications. I had that between my third and fourth year of college, I went to ACAD in the visual communications program. So I had an internship between my third and fourth year and then they brought me back on full time at the end of my degree. My role there was on the web team, so it was web design role for the Shaw website. It was a great way to get started.

DA: Did you have an important mentor or inspiration that drove your career?

CK: Yeah, I’ve had a few great mentors. One notable one is actually one of the former presidents of Digital Alberta! Michelle Sklar was also a good friend of mine, but she was someone who I met through a networking event. She was someone who really believed in me early on. She was both a mentor and somewhat of a sponsor. She actually helped me get my next tool after that which was a startup called Poynt. So she was really helpful for me in those early days of my career getting me involved in the broader community.

DA: It’s super cool that your mentor used to be the Digital Alberta president!

CK: Yeah, and actually I was a director of Digital Alberta for two and a half years before I moved out of Alberta and she actually got me involved in terms of wanting to be a director of the organization.

DA: What industry trend are you most excited about currently?

CK: I think some of the really interesting shifts will be in terms of how we approach marketing and advertising. That entire industry and I think some of the traditional agency models are going to be changing a lot. Another thing that I think is really interesting from the design and technology perspective is looking at some of the advancements in AI and machine learning. I think there are going to be new roles that emerge from that, even in the design field in terms of how we think about AI designers and machine learning designers and that’s going to change a lot about how we approach problems — that is going to be more common and part of the vocabulary of design and technology as we go forward.

DA: Is there one project that sticks out to you as having the biggest challenge in your career and why?

CK: My career has had a number of different challenges and I think there’s been different big challenges depending on the role. When I was working on startups, so before I came to Amazon, I was working on a startup, BeauCoo, and in a startup environment a lot of the challenges are learning how to do everything and make those decisions independently. When you’re in a startup, you often don’t have a lot of team support. You pick up mentors and work with other teams but a lot of what you’re doing is entirely solo. So you’re having to have a lot of faith in your instincts and judgement and for me, being the only design professional at the company, doing that all without a full crew there. At Amazon, since it’s quite a large company the problems are a lot different in terms of now you have that scale and that larger community around you. The problems shift a little bit more in terms of how you drive these things and how you scale your time, scale your team, and how you work with different partners in a large organization trying to get things done.

DA: So do you have any advice for people who may be starting in a digital field?

CK: I think a big one is to continue learning and staying on top of the latest trends. I think it’s important not to specialize too early in your career. Specialization can be good but when you do that, make sure you’re staying really fluid and staying on top of what’s going on and being really curious about different opportunities, different people you may want to work with, different trends, and always be looking for what’s new, what are the big opportunities. And I think also, early in your digital career, the advice I give is that it’s okay to shift gears frequently. When I was younger and getting a lot of advice perhaps from the previous generation of professionals and talking about shifting roles or shifting gears, there was a lot of push back with jumping around every few years because it is presumed to look bad on your resume. I think early in your career that’s a good thing to do because you get a lot of different experience and you learn about the types of projects, people, and team sizes that you want to work with.

DA: What attracted you to judge the Ember Awards?

DA: You touched on it a bit, but in general are you impressed with the creative work coming out of Alberta?

CK: Yeah, I would say to be perfectly honest, like a third of it really impressed me and then you know like with anything, there’s a full spectrum. There were definitely a few really stand out pieces from some very talented groups and then there were a few that were a little bit more junior in terms of the global scale of what teams are doing. But that’s common in any awards category, you’re going to get a broad spectrum of more junior work and a few really, really standout pieces.

DA: Do you have any comments on the role of women in digital fields and how you’ve seen it change over the years?

CK: I think that it’s changing, and there is a lot more conversation around it. It’s sort of like, you hear about women in tech, the good and the bad more often which can sometimes feel negative, but it’s actually good that we are starting to have these conversations. It’s important to acknowledge that it still has a long way to go in terms of most of the big players in tech still have a lot to do in terms of diversity. But the good news is that those conversations are happening and all of those tech companies are looking at this seriously in terms of, we need to problem solve and devote time and resources to prioritizing this. I think it’s a two step forward one step back scenario, and recently we’ve heard a lot about the Google Memo and Uber and there’s a lot of headlines around some of those smaller setbacks, but overall it’s great to see that those conversations are starting to happen. And I think what we need to continue doing as female tech leaders is continuing to be in those positions and continuing to stay in tech and being at the forefront of having those conversations. The best way that we are going to move this forward is to just have more diverse leaders who are prioritizing this. So it should come from the existing leaders in place but also to promote to get more diverse leaders into those positions.

DA: Do you have any final comments for our readers?

CK: Well, my experience being in Alberta is that there are a lot of very talented people who are interested in doing technology but the mindset of Alberta is still a little bit more oil and gas, so I think it’s great to see that Alberta is looking to diversify the economy and taking technology more and more seriously so I think it’s important for any agency or independent creative in Alberta to try to get that exposure outside of just Alberta. First of all, to get more exposure to Alberta as being a great place for technology and also to help designers and agencies within Alberta make themselves more competitive with the rest of the world. So not just being competitive with each other in Alberta, but to really set the bar high in terms of competing with what’s going on in the Bay area, what’s going on globally in terms of design and digital strategy and that’s really what’s going to help the digital culture within Alberta continue to grow.

To learn a bit about our other judges, click here.

And to see who takes home the awards at this year’s Embers, grab your ticket before they’re gone! 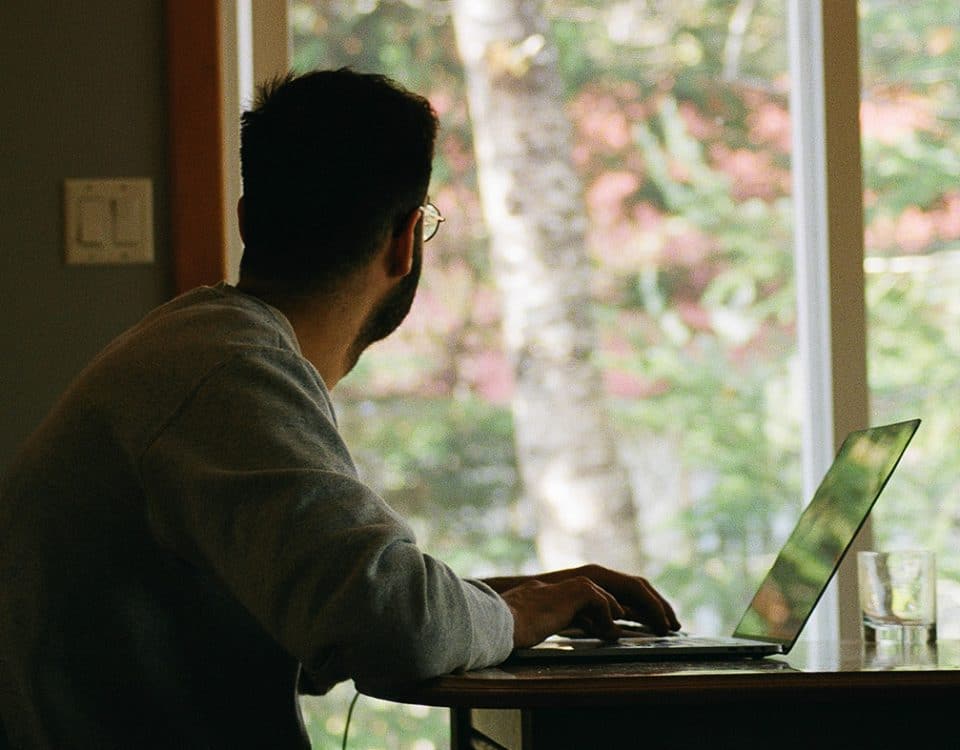 Photo by Yasmina H on Unsplash