After a long year of preparation, Beakerhead hits Calgary this week with its annual week-long experience, running from September 19-23. With more than 60 events in 5 days, Beakerhead offers a creative doorway into science and engineering, sharing the exciting visions of local and global artists, thinkers, and creators with Calgary.

I spoke with Mary Anne Moser, President and Co-Founder of Beakerhead, to find out more about the vision behind the ever-evolving brand, and what her team has done to promote Alberta as a digital technology centre.

“We see ourselves as a platform that other people stand on,” says Moser. 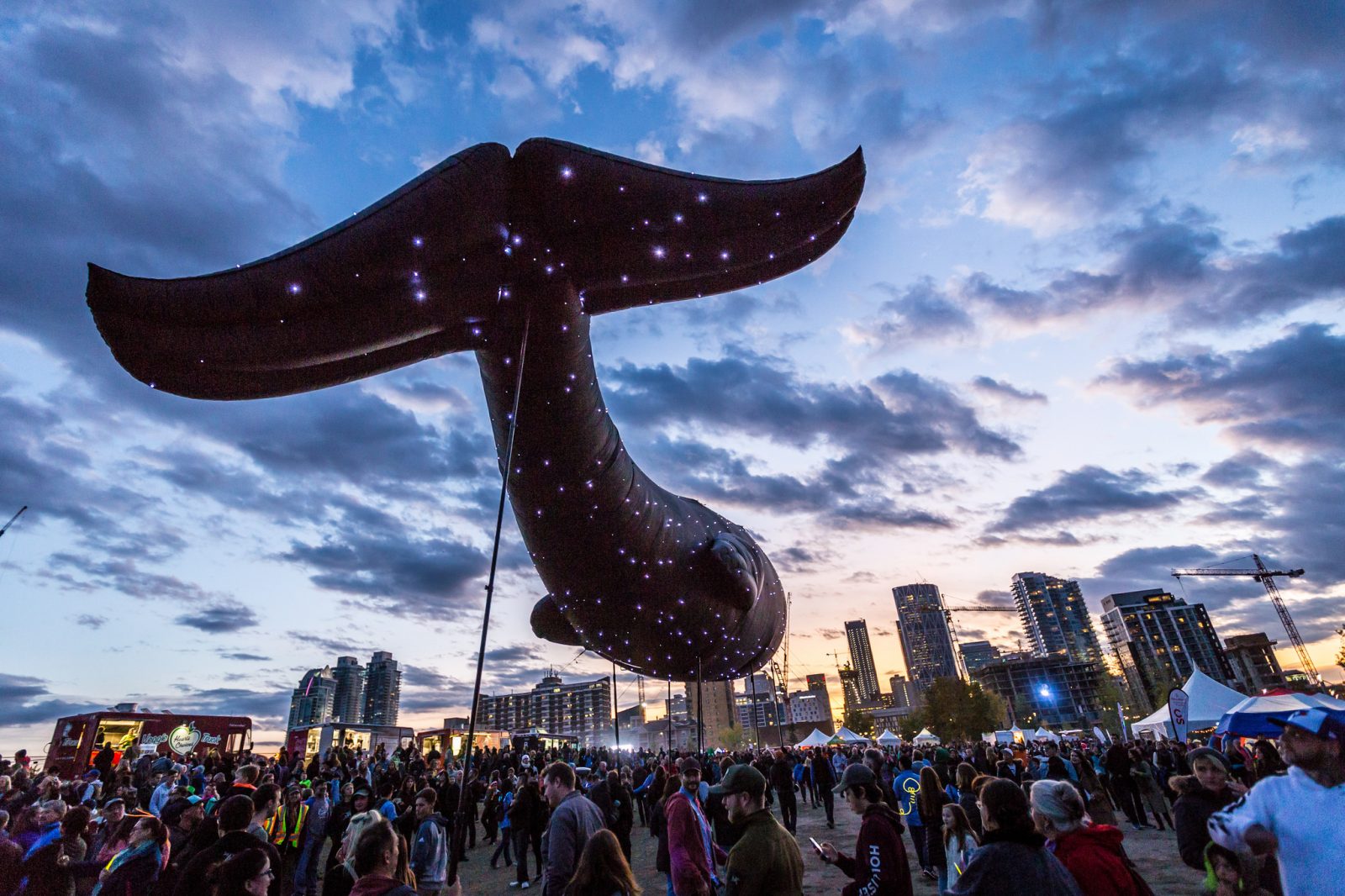 While Beakerhead’s first public showcase was in September 2013, the concept was a brainchild of Moser and Jay Ingram (the former host of Daily Planet), born years earlier in 2008 (learn more about the founders and meet the rest of the team here). With the Alberta economy tanking, 2008 was not the time to be fundraising and launching a new initiative, but that didn’t stop the conversations from happening. Innovation was always at the forefront of the proposed event, encouraging the team to move the bar from science to the applied side of engineering and digital technology.

The importance of evolving the perception of Calgary and Alberta as a whole, beyond cowboys and oil workers, kept the team motivated to create something big.

“In competing in an entrepreneurial or digital, high-tech space, we also need to be able to attract people to a culture that is contemporary,” says Moser.

With the successful launch of Beakerhead five years ago, Moser and her team have been praised for showcasing another side of Calgary.  “We are holding up a mirror and showing a much better depiction of who we are, and what it’s like to live in Calgary. And we’re flying a flag that the world can see.”

Maintaining the momentum of Beakerhead 365 days a year would be impossible. So the team has focused on making the event—the main Beakerhead platform we know now—as impactful as possible.

“You can’t light a match and have it at full flame, literally, for the whole year, but you can create that burst for five days. And that burst of light really can be seen very far away,” says Moser.

The submission process to perform or display at Beakerhead begins more than a year in advance with calls for proposals. Since anyone with an idea or concept can submit, this gives a platform to many who wouldn’t otherwise have access to one.

In January, the Program Council starts looking at the proposals, and works with the thinkers to expand on their ideas. One of the most important parts of this process is delving into the essential question: what will the audience experience? If a great idea is proposed that is audience- or experience-focused, Beakerhead will find a place for it. Moser says a lot of thought and planning goes into choreographing experiences and venues to best showcase ideas.

“It is a conversation with somebody first, the science comes second, the art comes second. Everything comes second to the consideration of: why should anyone care?”

Grasping audience attention has been instrumental to Beakerhead’s success. They create a personal and adaptable experience by blending an array of individual interests with education about art, science, technology, engineering and more.

What can you expect of Beakerhead 2018?

This year, you can learn the basics of animation with Quickdraw Animation Society, discover the science behind the coffee roasting process with Rosso Coffee, visit a giant dung beetle sculpture while learning about the world’s strongest insect, build your own organic facial oil, explore what happens when Fourth Street becomes a laboratory, and much more!

In a unique collaborative dining experience, explore new flavour combinations and the power of this years’ feature ingredient: canola. Chefs at the 2018 Collaborative Dinner include the teams from Brasserie Kensington & Kensington Winebar, plus Matthias Fong (River Cafe), Mike Pigot (Home & Away), Liana Robberecht (Winsport), and Mario Spina (Burger 320). Participating restaurants will be serving canola-inspired cuisine over the course of the five-day event. 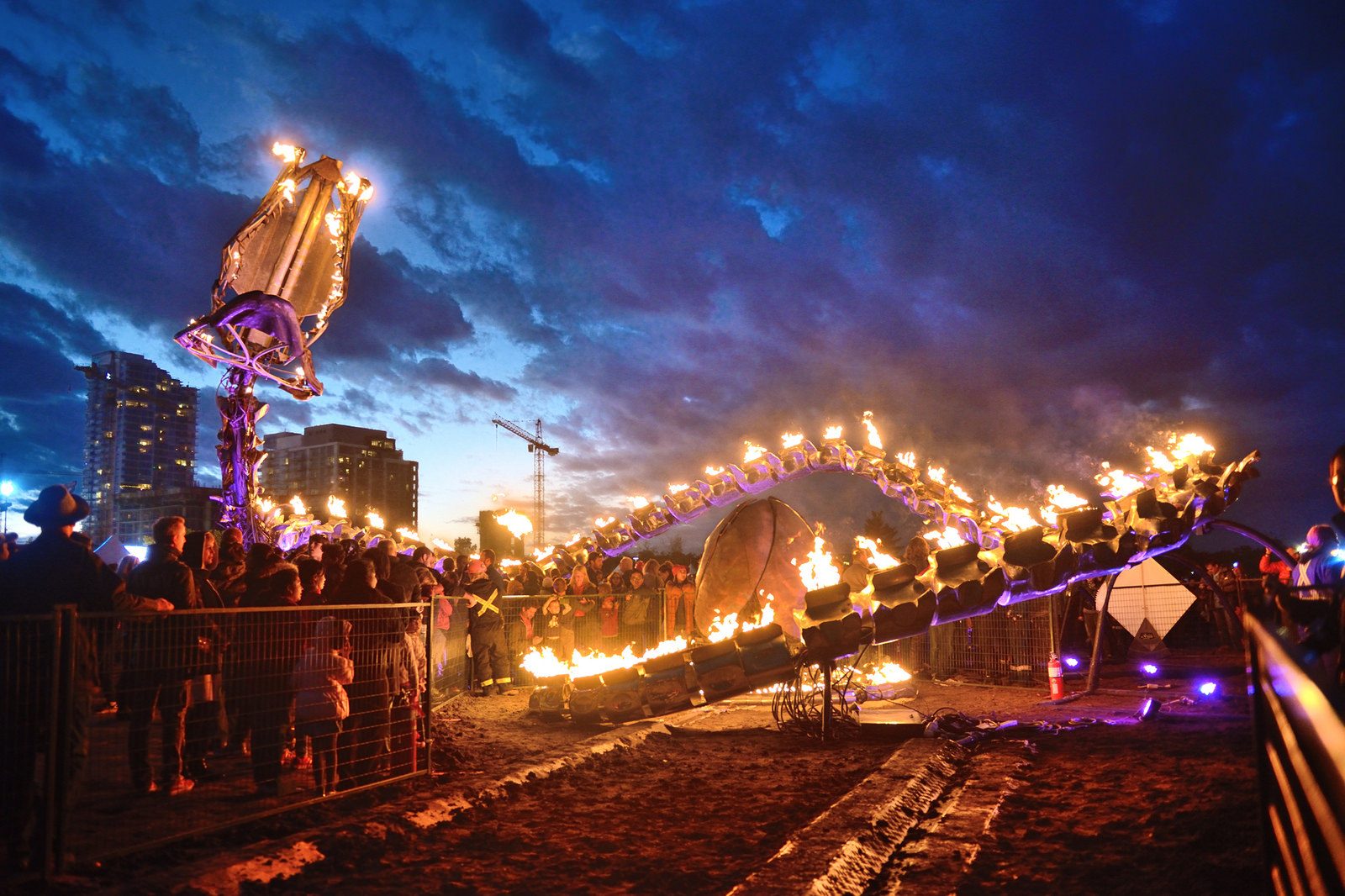 Attracting the largest crowd of any Beakerhead event, with tens of thousands of guests, is Beakernight on September 22. This event displays a mix of digital and mechanical elements, including drones, fire, lasers, a lot of LED lights, a screen the size of Fort Calgary, and music. Attendees can expect installations, hands-on experiences, stage performances and inspirational cocktails.

From a digital perspective, an outdoor, night-time event has a lot of potential for digital emphasis. “Every pixel has the potential to be entertainment,” Moser says.

In the future, Moser hopes Beakernight will incorporate interactive experiences through people’s phones. “In our dream world, people would be able to upgrade their experiences using augmented technology or reality in some way. We’re not there yet, but the talking has started, so you can expect it at a Beakerhead near you soon,” she says.

Head to The Palace Theatre for the official Beakernight after-party at 11pm to dance and enjoy the British electronic music production duo Delta Heavy.

The Beakerhead team is busy all year planning events and keeping collaborators primed and thinking about what they could do to step up this platform the following September!